What if we allow kids to ‘Build a School’? 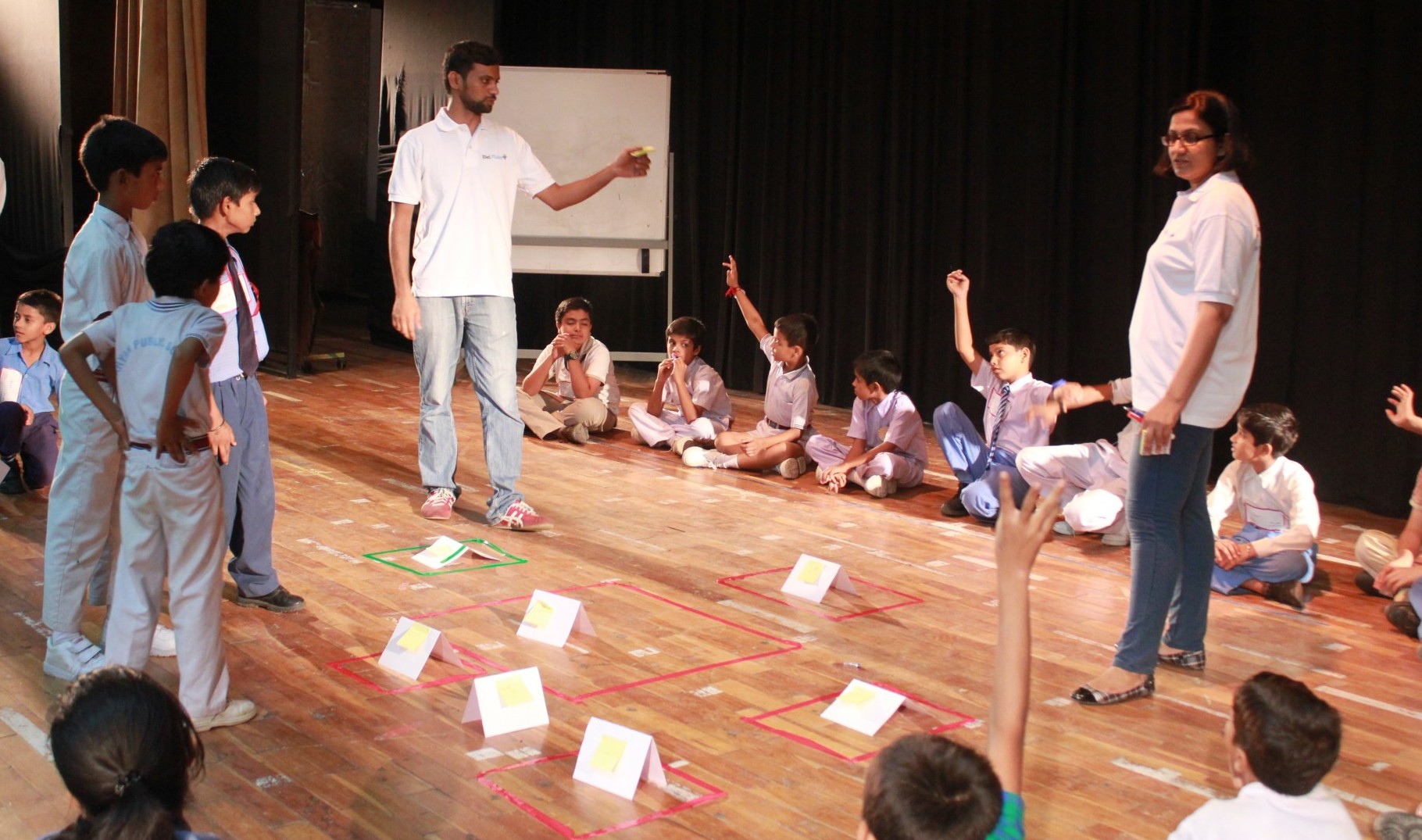 Team Khel Planet recently conducted a play workshop at the ‘Achieve Together’ conference in Gurgaon on 9h August. 24 children between ages 10 and 12 years participated in the workshop. From team Khel Planet, Santhosh, Parul, Karunesh and Reena facilitated the workshop.  Following is an account of the workshop.

This was the thought for the workshop theme. A school is meant (to be) for children. So, what if we ask kids to design/build a school?  — a school that they would like to go to, a school that will make them happy , in short,  their own school. We called the workshop ‘build-a-school’ workshop.

The objective of the workshop was quite simple. Students were to collaborate with each other and build their own school from scratch! In the process, we tried to sensitize them towards inclusive education (discrimination arising from disability and cultural differences) — and yes ! everything was done as part of a game!

Here’s how we went about it –

First the story of Coco Islands.

Long long ago, there was a small island near Andaman & Nicobar islands by name Coco Islands which was ruled by Coco Maharaj, a generous king. So people living in Coco Island was extremely happy. All is well?

With this brief introduction, students were given the rules of the game.

To give a head start, we first built the most obvious part of a school – Classrooms. After a minute of brainstorming, other things started to get built — First a washroom, then girls’ toilet making the first washroom exclusive for boys, a playground, demarcations within playground, assembly hall, parking lot, garden, canteen, kitchen. After getting a hang of the game, more time was spent on vetoing other teams’ creations either to remove it or to place it somewhere else. There was a general dislike towards washrooms (for obvious reasons) and there were heated arguments whenever anything was created near washrooms.

Now was the time for an inclusion challenge.

There is an instant message from Coco Maharaj who is watching the proceedings as a live telecast from his royal cabin. One thin lad walked up to us and said “Do you think we are so dumb to believe this? How can someone watch this from a faraway place?” Then we had to tell him how it is possible to do so ☺in the present world.

People from other islands heard about the school and want to send 10 of their children to the school. Children were asked if they would like to accept them as part of the school. After they said “Yes”, they were given the profiles of 10 children.

They were asked if they still want to accept them into the school. After a reconfirmation, they were now asked to redesign the school to suit the needs of new children.

After a long silence, the responses came in bits and pieces from every team — Ramp instead of stairs, braille books, indoor games, emergency medical unit, bigger classrooms, etc —Kids always surprise you with their answers, however you are prepared for it ☺

We followed it up with a debriefing session on what they found interesting, what they learnt and what really is an inclusive school. Coco Maharaj indeed is very happy!

Since then, we have conducted this same workshop in Chennai schools that Khel Planet is associated with.

The above article has been written by Santhosh (Co-founder, Khel Planet) 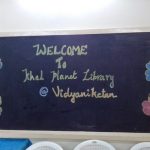 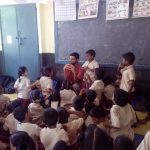 Workshop at school in Pulianthope, ChennaiBlog