Children get enterprising in a scavenger hunt game 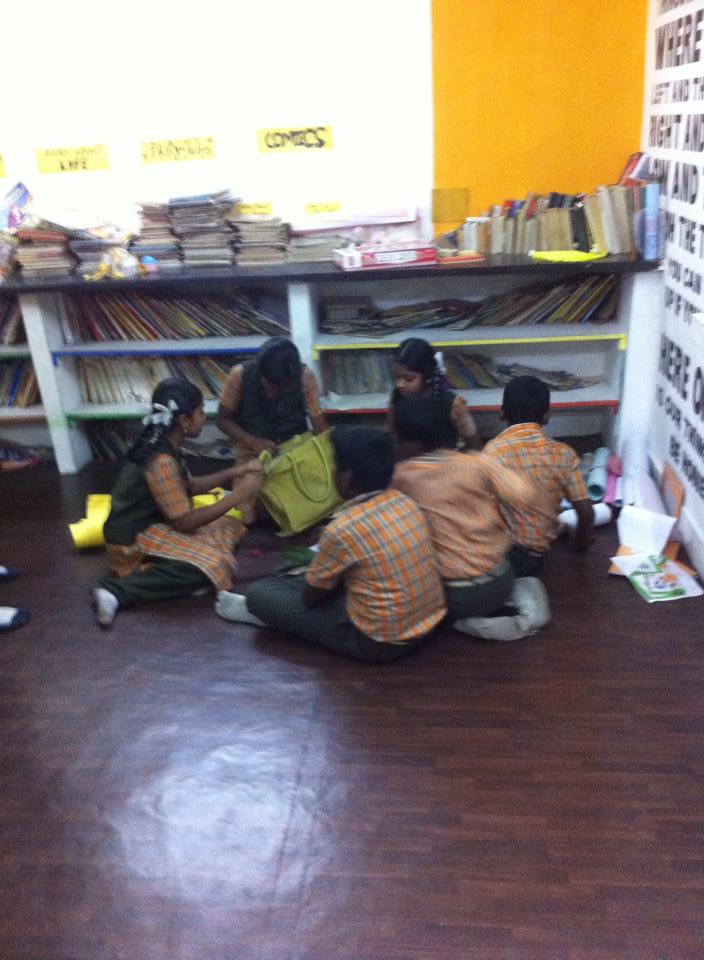 Santhosh and Sreepriya had organised a list of things to find. A two inch pencil, a book with the authors name beginning with the letter D, six different kinds of leaves, three yellow coloured things, a map of India, the autograph of a teacher whose name begins with S, the number of fans on the second floor of the new library block, the number of dustbins in school, to locate the room which has a lock with the numbers 38629, the name of a student of Vidyaniketan who has two brothers, a red rubberband, the strength of the primary section from classes 1 to 5, three toffee wrappers and a pair of scissors. And the hilarious wild card was to get a red sock. Students were divided into four teams. And they were given twenty five minutes to complete this list. It was entertaining for us as always. The minute they were allowed to leave the room, they rushed to pick up the yellow articles, and some went in search of a book whose author begins with the letter D. The two inch pencil was immediately organised by sharpening a full pencil. It was the red sock that had them stumped. The six different leaves would’ve been a problem as our school has only two mango trees and one jackfruit tree. But Lavakumar s team got two sprigs of artificial leaves and therefore managed to get the most points. They showed a lot of enterprise in getting pairs of scissors and the red rubberband. (Begging, borrowing!!!). The correct answers got ten points each and they got two marks for each kind of leaf they located. And the points they won were 108, 100, 98 and 96. The two teams which got the lowest points had not looked for a book though we were using the library for this activity today. Good fun today and they worked well in their teams. 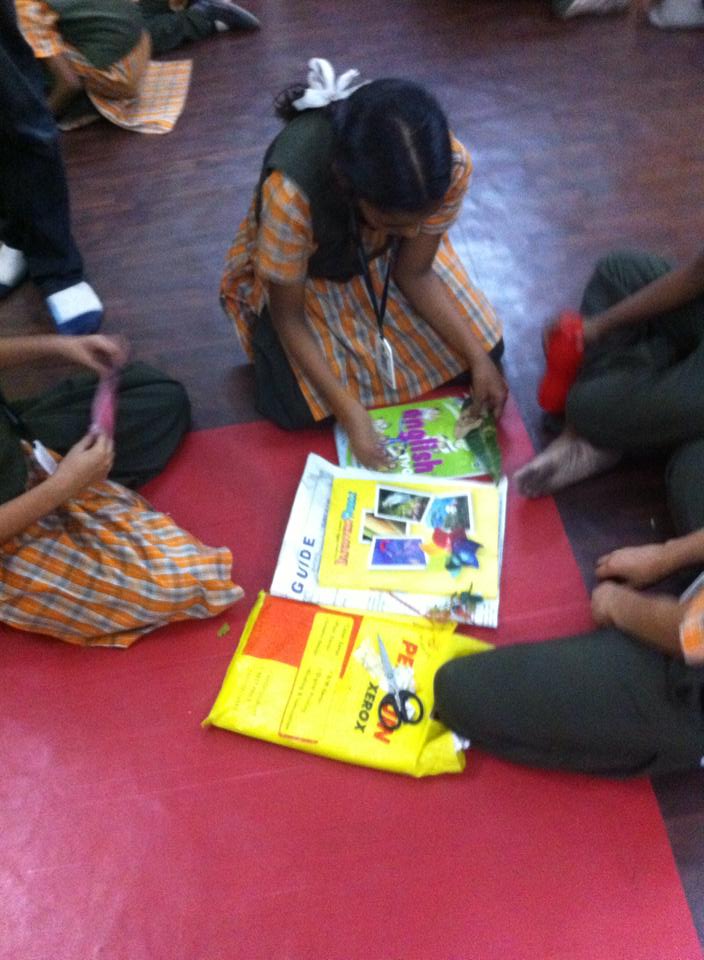 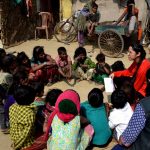 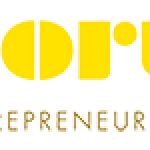