Learning to work in teams in time of chaos

On Monday, we conducted workshop at the B K Convent School in Lucknow. This is an aspiring low-income, private school affiliated with the U.P. State board. Starting this academic year, the school has made ‘English’ the medium of instruction for classes k to 5. Khel Planet has started its workshops with grade 4 students. The class has 45+ students. In order to teach life skills, the workshops need to be as participative as possible wherein students can explore their own potential and work with peers. Hence the objective of this workshop was to build rapport with the children, introduce Aman and Seema’s letters to the class (refer to our last blog post to know about these letters here) and open a conversation about team-work with the students. Recalling the workshop & insights – We started with a warm-up activity called ‘moon walk’. Participants walk randomly across the room acting as if they are walking in sleep, in the rain, on hot floor, with a stomach ache, in style, and so on. Some students came up with interesting actions, while others copied them. Doing the activity in a group, let children be creative without being singled out or called upon.

This was followed by reading out Seema and Aman’s letter to the students. In the 1st letter Seema and Aman introduce themselves, their family, their school and write about their favourite games and play time. They encourage the students to become their pen-friends. The letter was written in Hindi and majority of the students were able to read it and comprehend very well. After reading the letter, students shared about their favourite games, playmates and playtime.

The students were then introduced to a team-work activity in which a team had to keep balloons up in the air and not let them fall to the ground. It was challenging as the number of balloons were increasing gradually and the children had to work in team and not touch the same balloon continuously. The children were divided into seven groups with a mix of boys and girls. The activity created a lot of chaos and only one team was able to follow the rules till the end. This activity was then de-briefed by the students. During debrief children reflected on lack of planning and the need to work as a team rather than as individuals in order to achieve a goal. It was also discussed that in one of the groups, girls did not get opportunity to keep the balloons in the air and why it was important for each team member to be given opportunity to participate.

In this class, girls and boys remain separated all the time and most of them do not prefer any cross-gender interactions. With Aman and Seema’s intervention, we are hopeful of changing this status to enable the students to see girls and boys as equal peers and co-operate mutually with ease.

We are extremely thankful to the Principal of the school for trusting Khel Planet Foundation and being open to play based learning.

**K to 12 – An acronym commonly used to refer to Kindergarten to 12th grades. 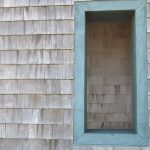 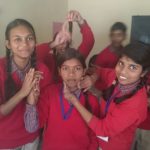