When children are asked to build their own planet…

In the first session in Chennai in the new year, we wanted to introduce the children at Vidyaniketan school about working in teams and wanted them to be more comfortable with disagreements and opinions. So we picked up a theme “Build a Planet” which was closely related what we had already done with “Build a School”.

As always we started with recap of what we did last – Minefield. It was encouraging to see that the children recalled the message or skill learnt during the game than just the game itself.
Next, we divided them into six teams and in the first round, we gave a short brief about the planet : Khel Planet is barren land. Absolutely nothing is there. Like the school they built, they have to build things from scratch. After a bit of murmurs, Luv Kumar asked “Do people exist already?”. Good point. “Yes. They do”. “And to keep it simple, I ll start with a forest” and we drew a forest right in the centre. First round was filled with random stuff including Government building, Hospital, Police station, Bookshop, Bank and the like. Neat. Clearly, we thought, its going in all directions. So we asked them a few guiding questions. What are the essential things to survive on a planet. Slowly the answers started coming. Again we intervened and drew a river across the planet. This round had more interesting things including: Farmland, Clothshop (Cotton comes from farms/forests), Apartments, Restaurants, Cloth shop (which includes a tailoring unit), etc. Further rounds, had more interesting ones – like roads, power source (Dams), temples. Surprisingly when asked why they needed temples, they pointed out : to celebrate festivals and have fun!
We concluded with a debrief and also invited the judges (Radha, Sreepriya and Sidhya) to give their opinions about this city. Key thinking points that children deliberated on were Whether their planet is sustainable, or safe to live? If we have to remove one thing what they will remove?
When children are asked to build their own planet…2015-01-142015-01-14http://khelplanet.org/wp-content/uploads/2014/07/Logo61.pngKhel Planet - Play for 21st century life skills I An Education Non-profithttps://khelplanet.org/wp-content/uploads/2015/01/IMG_20150112_123254626_HDR.jpg200px200px
Recent Posts
Comments
About 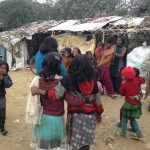 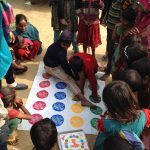